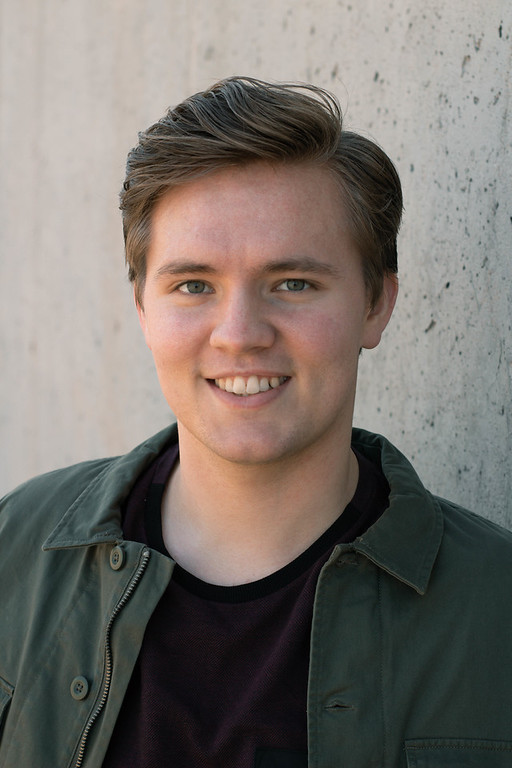 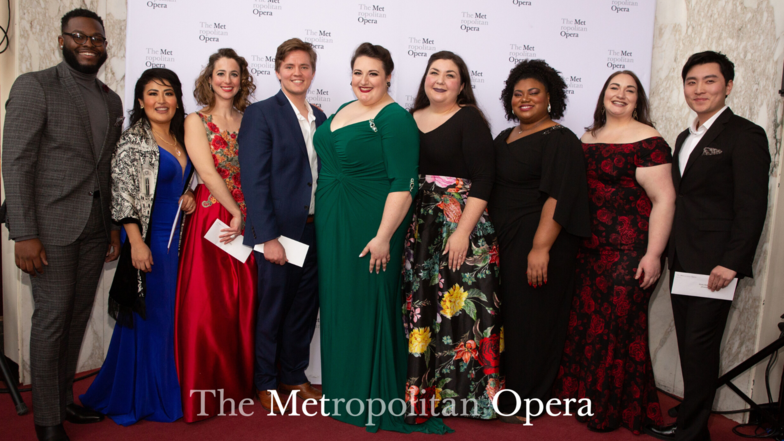 Finalists performed on the Met stage Sunday, March 1 at 3:00 p.m., for an audience of judges, agents, industry leaders, and the general public (in the auditorium and live on the radio). The finalists, chosen by a panel of opera administrators from the Met and other companies, each performed two arias with the Met Orchestra conducted by Bertrand de Billy.
Prize money increased for the first time in 20 years, with the winners receiving individual cash prizes of $20,000 (previously $15,000), and the prestigious and potentially career-launching title of National Council Auditions Winner. The remaining finalists receive $10,000 (previously $7,500).
The concert was broadcast live on Metropolitan Opera Radio on SiriusXM Channel 75, and streamed live on the Met’s web site, metopera.org.
23 year-old tenor Jonah Hoskins from Saratoga Springs, Utah, advanced through the Utah District and Rocky Mountain Region.
His past roles include Tamino in Die Zauberflöte, Septimius in Theodora, and Rinuccio in Gianni Schicchi at Brigham Young University (BYU) and Benvolio in Roméo et Juliette at Utah Opera. Last summer, he was a young artist at Des Moines Metro Opera, where he study-covered the title role of Candide. He will return again this year to cover the title role of Platée and sing the master of ceremonies in The Queen of Spades. Previously, he was a young artist at Ohio Light Opera and attended Houston Grand Opera’s YAVA program. He received the Extraordinary Artistic Promise Award at the 2019 Lotte Lenya Competition. He is currently studying vocal performance at BYU and will graduate this spring with his bachelor’s degree.
Photo: Fay Fox
Utah District Winner Jonah Hoskins one of five Winners named at March 1, 2020 National Grand Finals 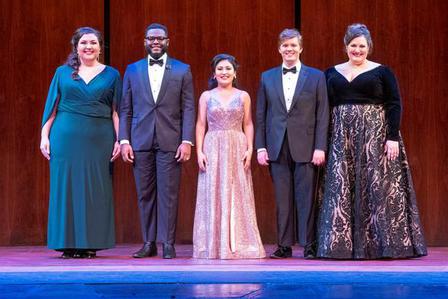 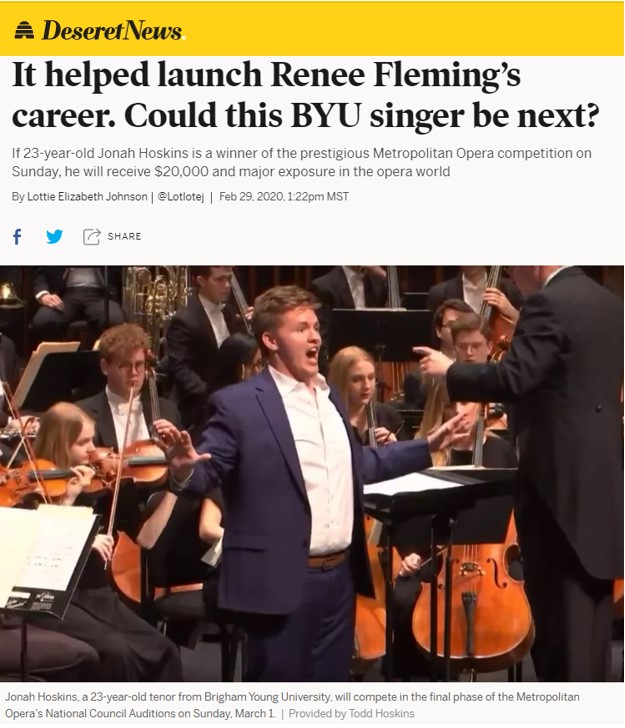