2021-22 Utah District Judges
The competitors sing for three judges who have been selected from an elite list of opera professionals (vocal coaches, career singers, opera composers, opera stage directors, heads of opera companies and artistic administrators) who are highly qualified to identify talent and to assist young singers with developing and refining their singing.
Christopher Cano is the Head of Music for Arizona Opera and Director of the Marion
Roose Pullin Arizona Opera Studio, an appointment he began with the 2017/18 season.
A seasoned recitalist, orchestra soloist and collaborative pianist, Cano has performed
throughout the US, Mexico, Israel, Europe and the Far East.
Having maintained his private studio in New York City since 2002, Cano has prepared singers
for appearances at The Metropolitan Opera, Teatro alla Scala, Chicago Lyric Opera, and
orchestral appearances with the New York Philharmonic, San Francisco Symphony, Chicago Symphony Orchestra, London Symphony Orchestra, the Berlin Philharmonic among others.
As a collaborative artist, he has played in the Master Classes of Licia Albanese,
Fedora Barbieri, Anna Moffo, Lauren Flannigan, Martin Katz, Craig Rutenberg, and
Suzanne Mentzer. Cano has also played for the master classes of Marilyn Horne at
Carnegie Hall. As a studio pianist, Mr. Cano has had the distinct privilege of working with
some of the great artists and teachers of singing including Marilyn Horne, Sherrill Milnes,
Luciano Pavarotti, Marni Nixon, Patricia McCaffrey, Joan Patenaude-Yarnell, Rita Shane and
Diana Soviero.
Cano has been a member of the music staff at the Festival Lyrique en Mer in Belle Isle, France, Toledo Opera, San Diego Opera, Utah Festival Opera, Opera Company of North Carolina, Florida Grand Opera, and Opera Theatre of Saint Louis, among others. 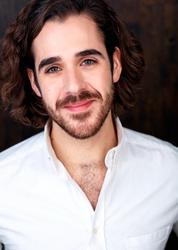 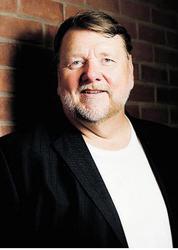 Christopher Cano
Brady Walsh is the Associate Director of the Metropolitan Opera Laffont Competition.
Mr. Walsh judges for the Met throughout the United States and Canada, presents master
classes, and hears young artists in screening auditions both at the Met and at various
summer festivals across the country. Since successfully pivoting to virtual auditions for the
Met Competition’s 2020-2021 season, Mr. Walsh was brought on as a producer for the
2021 Queen Sonja International Music Competition, as well as for the University of Cincinnati College Conservatory of Music’s Corbett Competition. In 2019, he was named a special
guest for the finals of the inaugural Nicola Martinucci International Vocal Competition in
Lucca, Italy and was a technician at the 2020 NATS National Conference in New York,
where he co-presented with Melissa Wegner their workshop “The Self-Assured Singer”,
also seen at SUNY Potsdam. Walsh is the Artistic Director and Owner of Carpe Diem Theater
in Round Lake, NY, having previously served as Music Director from 2011-2014. Carpe Diem maintains annual enrollment of over 100 campers and staff that participate in leadership
training and a catalogue of progressive and accessible musical theater programs that were conceived by Walsh and company.
Before joining the Met’s Artistic Department in 2018, Brady worked in the managerial department of Opus 3 Artists and in the artistic department of the Santa Fe Opera (SFO). Highlights of his time with SFO include expanding their annual apprentice showcase attendance by 30% and assisting in the development of the world premiere of Mason Bates’ The (R)evolution of Steve Jobs. Walsh holds bachelor’s degrees in Music Education and Music Business and a certificate of Vocal Performance from the Crane School of Music at SUNY Potsdam. As a performer, he has appeared in leading roles in regional and community theater productions across the New York City area and is also an avid writer, with both screen and stage projects in development.
Alex Fletcher serves as president of Fletcher Artist Management, a firm he founded in December 2009.
Before starting FAM, Alex began his career at Neil Funkhouser Artists Management, where he eventually assumed the position of artist manager. A Business Member of Opera America, he has been a panelist for that organization’s “Making Connections” series in New York and Philadelphia. He has been a member of the jury for the McCammon Voice Competition in Fort Worth, Texas, the Opera Birmingham Competition in Alabama, and since 2018, regularly serves as a judge for the District and Regional levels of the Metropolitan Opera Laffont Competition.
Alex has held internships with the public relations department of Washington National Opera and with the Alexandria Symphony Orchestra in Alexandria, Virginia. He received his bachelor’s degree in Business Administration, cum laude, from the University of Mary Washington in Fredericksburg, Virginia, where he also studied vocal performance. He is a native of Fairfax, Virginia. 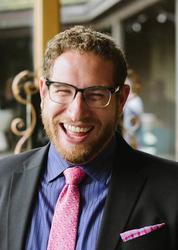